You are using an out of date browser. It may not display this or other websites correctly.
You should upgrade or use an alternative browser.

This is a backup! The source is the QNAP Forum thread: Disk Failed", then "Disk Unplugged" errors

Based on Kommisar's post we gave it a shot today and it looks to be working. Disk 3 is on, and raid is rebuilding. If you are going to attempt this on your own boards, read and understand Kommisar's post so you can trace your own board. Verify your problem is identical before trying this solution. Here is what was needed for my specific scenario (disk 3 failure, eventually leading to no power). 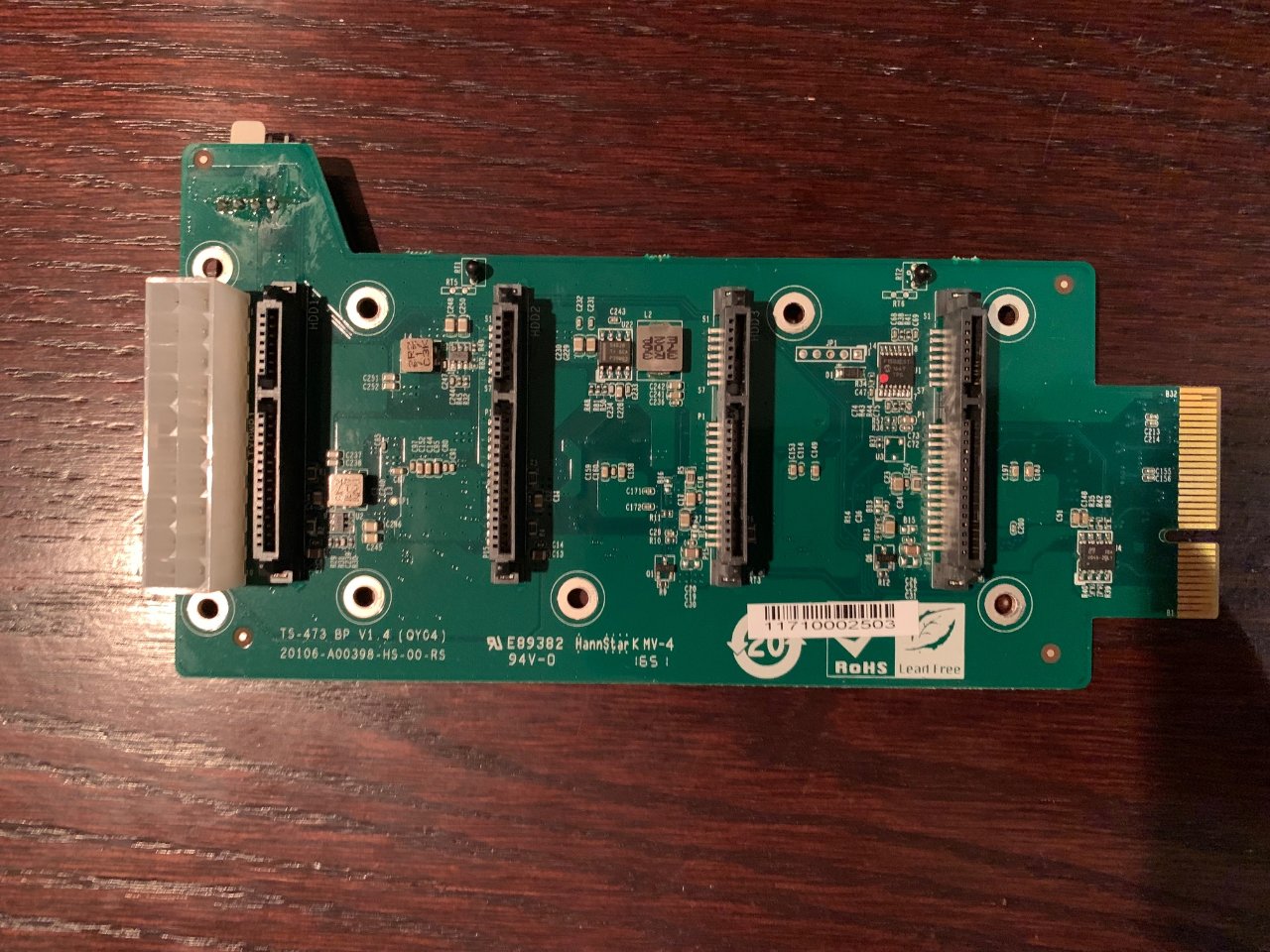 The mosfet that seems to be the issue is on the opposite side, and is labelled 4957AGM. Google for pinouts. 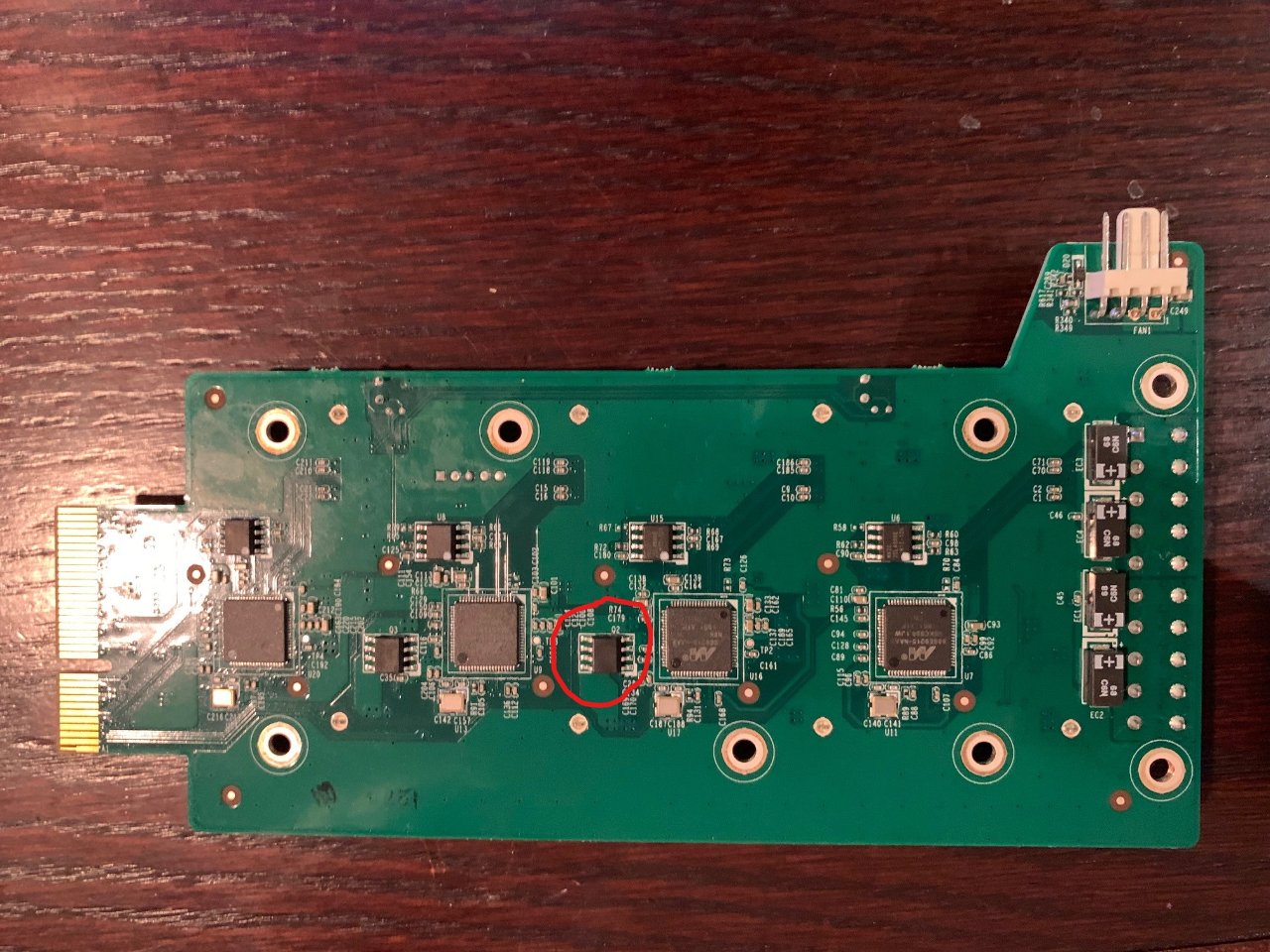 That IC contains 2 mosfets. Tracing the pins looks like one feeds the 12V sata pins and the other feeds the 5V sata pins (at least for bay 3, other bays may need a different fix). Shorting the source and drain of each will bypass the mosfet and supply power permanently to the sata ports. One or both could be faulty, in my case it looks like only the 5V fix was needed but we did both. You could also just replace the IC with another 4957AGM, although it may still fail again (something caused it to fail originally). 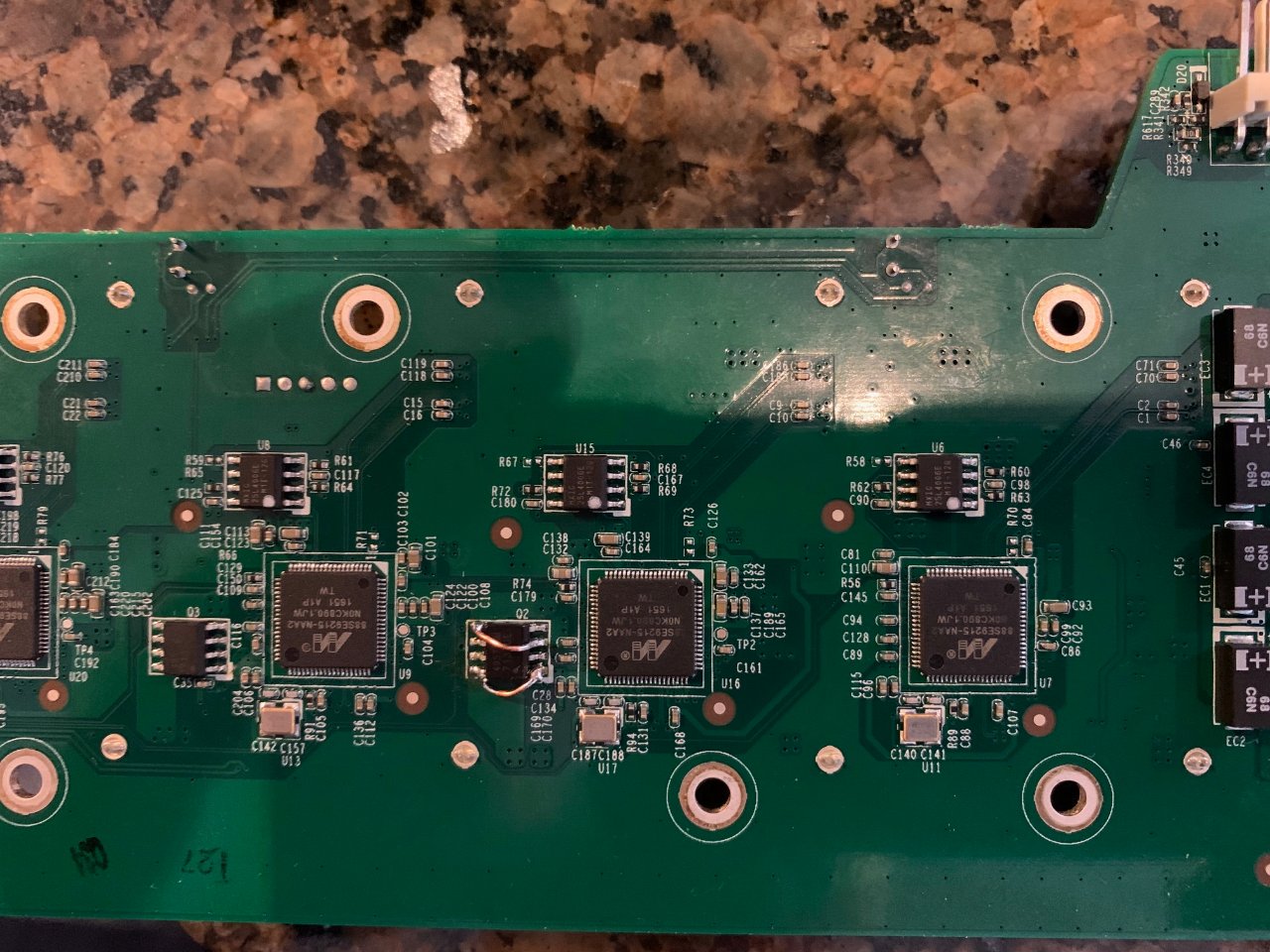 Make these changes at your own risk. Modifying a circuit should be your last resort! RMA it if you are not familiar with what is shown here (or don't have a friend who is!).

Might not hurt to ask QNAP support if they will offer up a replacement board for sale (it's an easy enough swap), assuming they have a solution to the fault.

Thanks Kommisar for the diagnostic work!