No permission to download
You are using an out of date browser. It may not display this or other websites correctly.
You should upgrade or use an alternative browser.
Overview History Discussion 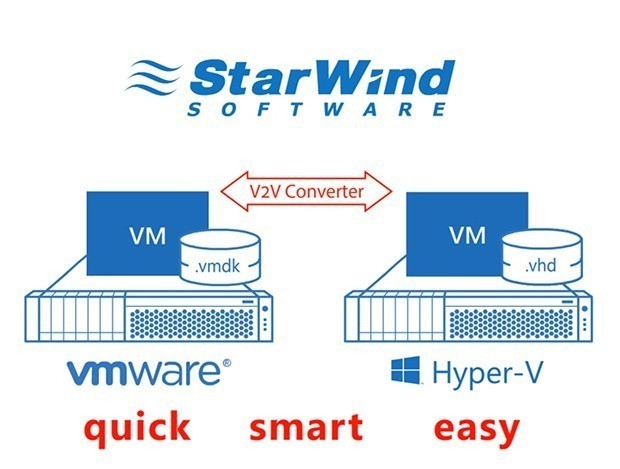 For virtualization administrators, who work with different hypervisors and look to easily switch VM formats, our solution is StarWind V2V Converter. It is software that allows the conversion of VMs from format to another, basically “cloning” them and keeping the original file intact.

In case there’s a promising virtualization project without any initial investments, StarWind Virtual SAN Free would come in handy. Along with V2V Converter, it will make the virtualization admin’s life much easier, creating “shared nothing” fault-tolerant SAN or NAS on a couple of commodity servers.

Differentiation
Unlike converters built-in into hypervisors, StarWind V2V Converter works both ways, converting any VM format into another one and back. It saves much time during migration and hypervisor switch.

Free of Charge​
StarWind V2V Converter is free software, without any hidden payments, additional required licenses or timebombs. In other words, there are no strings attached, V2V converter is good for immediate download and use.


Data Safety​
StarWind V2V Converter does not put the Virtual Machines at risk during conversion, because it actually works with a copy of target VM, keeping the original file intact. Any chance of data corruption or loss is eliminated.

Supported Formats
StarWind V2V Converter works with all the most commonly used VM formats: VMDK, VHD/VHDX, StarWind native IMG, QCOW. It works both ways, converting from and to any selected format, thus having better functionality than similar converters.